There are very few things that frustrate me to the point of tears, but the fact that many people can’t understand how we got here and why change is needed when it comes to crime, poverty and racism tops that list. For a moment, I would like you to imagine that the City of Atlanta and its impoverished citizens have a parent/child relationship. If you yourself are a parent, you would do anything to protect your child from predators, and would of course, never think to prey on your own child. But in the city of Atlanta, that’s exactly how the poor and disenfranchised feel ― like a voiceless child in a toxic relationship with an irresponsible parent.

Born in Grady Hospital, I am a son of Atlanta. Both the depth and duration of the poverty that riddles my City infuriates me! Fortunately, my athletic ability allowed me to escape my circumstances, but sadly, I am still on the frontlines fighting against the very same inequalities and injustices that threatened to hamstring my future over 40 years ago. The question that those in power need to answer is, how do we eradicate inequities in education, housing and employment caused by race once and for all?

In 2018, it was reported that Atlanta had the worst income inequality in the entire United States. For this reason, understandably, many of the citizens who live at or below the poverty line feel desperate and disconnected. While big businesses thrive here, they seemingly prey on the poor. How can we have all the major businesses we have here and young folk en masse feel they have to resort to selling water in the middle of our streets just to get by? Feeling forgotten and neglected fans the flames of Confederate age-old distrust, and the facade of Atlanta being a world-class city that’s too busy to hate feels more like a city that’s too busy to care (as cleverly stated by my friend, Soon Me Kim).

Crime and poverty in Atlanta are spiraling out of control. All who are ready to face the truth know that racism plays a considerable role in their perpetuation. On a national level, Blacks are still the most segregated group in the country, and the poorest neighborhoods in America are also the blackest. I would be lying if I said I didn’t feel some resentment about the current state of Atlanta, but at my core, I am a compassionate person who deeply cares about all people. I especially care about those who have been oppressed and mistreated, starting with Black people.

As a Black man, I believe that we are on assignment from God to be providers, protectors and spiritual leaders in our homes and communities. In order to do this, we must have spiritual, emotional, physical and financial health which is fertile ground for building wealth in these areas. The financial part of that well-being, in America specifically, is tied to home ownership. This is where a major rift lies. While 70 percent of White families are homeowners, only 40 percent of Blacks own homes. Meanwhile, over the past decades, welfare, affordable housing subsidies and other first-time home buyer initiatives have slowly evaporated; and it’s worth it to mention that these pitiful approaches to Black home ownership were and have been insulting and predatory. What’s ironic, yet not surprising, is that America solved poverty for Whites through housing, but struggles to do the same for Blacks. What happened to the 14th amendment claim that “no state shall . . . deny to any person within its jurisdiction the equal protection of the laws?” I sincerely believe that when we have these elements in place – spiritual, emotional, physical and financial health – for Black people as a whole, all races will be elevated.

What we need to do is wipe the slate clean. This would require us to allow people access to health and wealth based on the content of their character as opposed to the color of their skin. Although idealistic, I am under no illusion that man will ever be perfect or that the poor will cease to exist. That does not stop me, however, from fulfilling my purpose of helping Atlanta rebrand its Black men and live up to its claim of being a world-class city. That would mean that, one day, hundreds of thousands of Black boys in Atlanta will be able to live sustainable lives of significance.

Hope and love, although necessary, aren’t enough to affect change. It’s also going to take both leadership and money to develop the Ambassadors in my organization L.E.A.D., Inc. These young men will ultimately become the future Atlanta Chief of Police, city councilmen, public school board members, business owners, pastors and philanthropists. We have the funding capacity in Atlanta to see that vision through; the only thing missing is authenticity and will.

We are at a moment of crisis in America in 2020, and history will judge all of us on how we respond. Instead of empty promises and guarantees, let’s start a conversation and building trust by listening to one another. And let’s start that conversation with those who are closest to the pain. As representative Ayanna Pressley stated so clearly, “…those closest to the pain should be closest to the power.” It’s time for new voices; not those whose roots you can trace back to a family of educators, politicians, or business owners. We also need to hear from those who come from the working poor (earning $9K to $18K per year) and the underclass (earning under $9K per year). And we must stop commissioning task force after task force, and committee after committee focused on youth without youth voice present at the table. From our recent protests and riots, our youth are showing us that they will have their seat at the table by invitation or force. It’s past time for us to invite them in and share power with them.

If you are sincere and empathetic about the plight of Black boys who live in poverty in Atlanta, my organization, L.E.A.D., is on a mission to empower those boys to lead and transform their city of Atlanta. We do this by using the sport of baseball to empower them to overcome crime, poverty and racism.

To the elected and appointed officials in this City, I pray that you intervene and stop the powerful from preying on our children, your children. 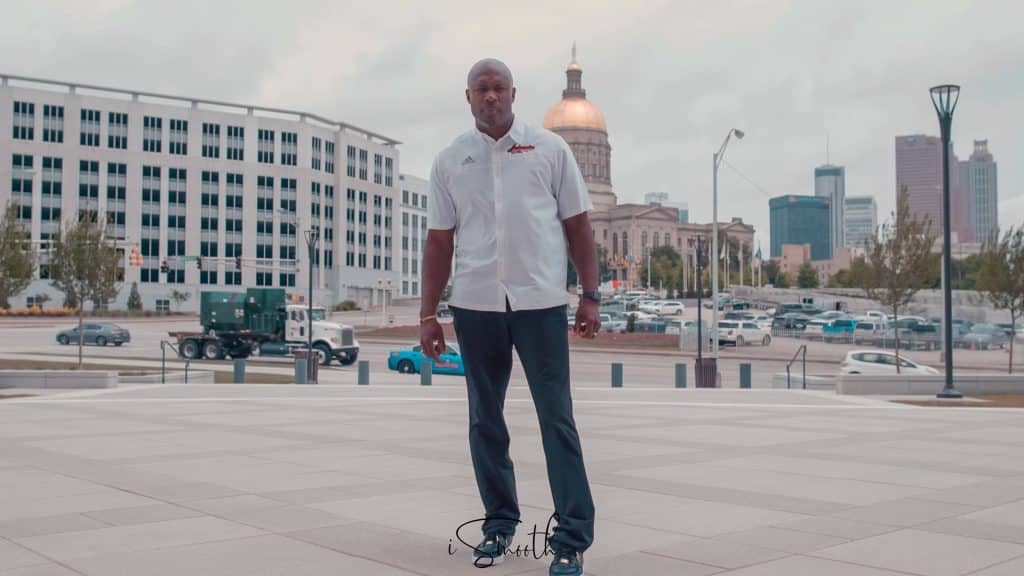