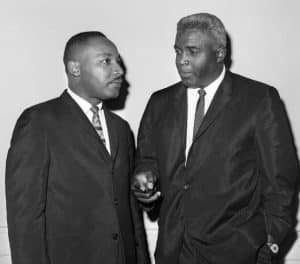 Martin Luther King Day for 2023 will be celebrated on Monday, Jan. 16. Like me, he was born and raised in Atlanta, and educated in Atlanta Public Schools.

Did you know that Jackie Robinson was also born in Georgia? He played an important role in the Civil Rights Movement. According to Wikipedia, the Civil Rights Movement was a nonviolent social and political movement and campaign from 1954 to 1968 in the US to abolish legalized institutional racial segregation, discrimination and disenfranchisement throughout the United States.

As a child, I often was told that in order to be successful in life, I would have to excel at academia like Martin Luther King. When I was taught about the life of Jackie Robinson, I learned you can excel in academics and athletics.

Baseball is a powerful tool—one that can teach social emotional learning capacities such as:

With another Major League Baseball season right around the corner, it is important to understand that baseball doesn’t just build character; it exposes it.